This sheet is focused on providing an overall, common overview with an informative, straight to the point guidance to propose angles on how to battle denial of service (DoS) attacks on different layers. It is by no means complete, however, it should serve as an indicator to inform the reader and to introduce a workable methodology to tackle this issue.

Considering that anti-DoS approaches are not one-step solutions, it becomes apparent that, for it to be implemented, it’s necessary to involve different profiles within your organization to assess the actual situation and to apply countermeasures accordingly. These profiles are: developers and architects in the area of application and infrastructure.

Key concepts within information security evolve around criteria or properties such as the CIA triad. The letter A, which stands for availability, is our focal point. The core essence of a DoS is to affect, by any means, the availability of instances or objects and to eventually render it inaccessible. Thus, for any information system to serve its purpose, it must be available at any time. Hence why every computing system within the interoperability flow must function correctly to achieve that.

To remain resilient and resistant, it’s imperative - and suggested - to outline and to conduct a thorough analysis on components within your inventory based on functionality, architecture and performance (i.e. application-wise, infrastructure and network related). 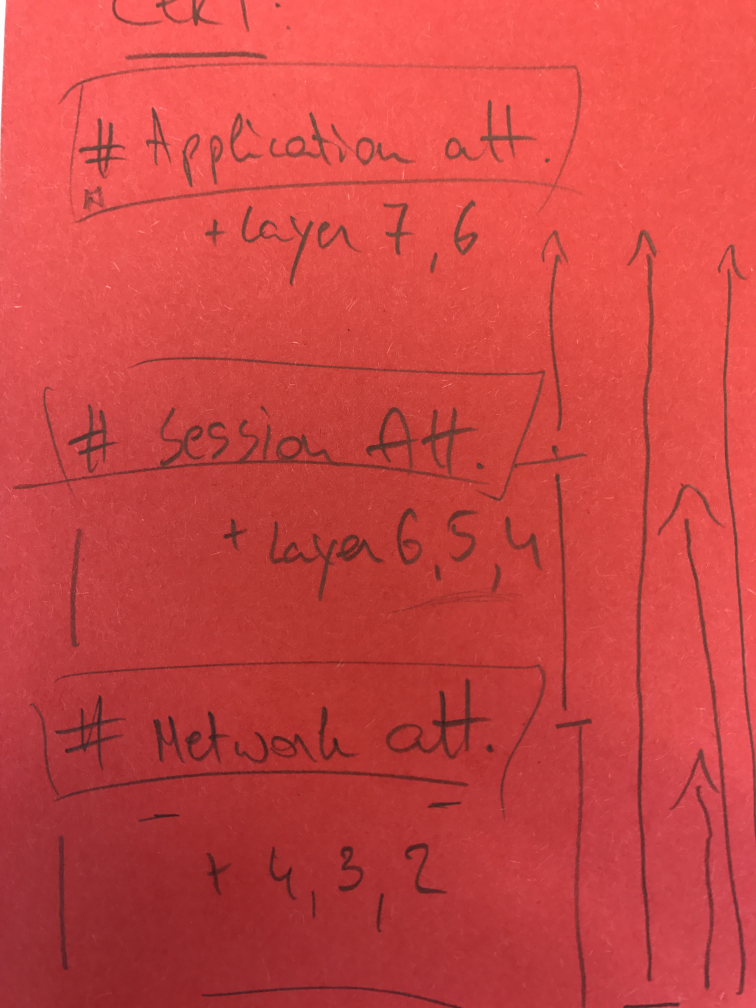 The outcome of this research should identify potential causes of a DoS which highlight single point of failures ranging from programming related errors to resource exhaustion..

From a prevention point of view, it’s important to have a clear picture on how to tackle your appropriate components to address the issue at stake (e.g. bottlenecks, etc.). That’s why a solid understanding of your environment is essential to develop a suitable defence mechanism. These could be aligned with:

Within this document we will adhere to a particular guidance structure to illustrate on how to analyse this subject based on your situation. It is by no means a complete approach but we ought to create fundamental blocks which should be utilized to assist you in constructing anti-DoS concepts fitting to your needs.

In this cheat sheet, we will adhere to the DDOS classification as documented by CERT-EU. The document categorizes the 7 OSI model layers into three main attack categories, namely application, Session and Network.

Application attacks focus on rendering applications unavailable by exhausting resources or by making it unusable in a functional way. Session (or protocol) attacks focus on consuming server resources, or resources of intermediary equipment like firewalls and load-balancers. Network (or volumetric) attacks focus on saturating the bandwidth of the network resource. It is important to understand that each of these three attack categories needs to be considered when designing a DoS resilient solution.

Note that OSI model layer 1 and 2 are not included in this categorization. In the spirit of providing a complete overview of all DoS type of attacks, we will shortly discuss these layers and how DoS applies to them.

The physical layer consists of the networking hardware transmission technologies of a network. It is a fundamental layer underlying the logical data structures of the higher-level functions in a network. Typical DoS scenarios are destruction, obstruction, malfunction. An example is a case where a Georgian elderly woman sliced through an underground cable, resulting in loss of internet for the whole of Armenia.

In MAC flooding attacks, a switch is flooded with packets, each with a different source MAC address. The intention is to consume the limited memory used by a switch to store the MAC and physical port translation table (MAC table). The result is that valid MAC addresses are purged and the switch enters a fail-over mode where it will act as a network hub. All data is then forwarded to all ports, resulting in a data leakage. TODO impact in relation to DoS TODO document compact remediation

In ARP poisoning attacks a malicious actor sends spoofed ARP (Address Resolution Protocol) messages over the wire. The result is that the attacker’s MAC address can be linked to the IP address of a legitimate device on the network. This allows an attacker to intercept, modify or stop data in transit, that was intended for the victim IP address. The ARP protocol is specific to the local area network and could cause a DoS on the wire communication.

Packet filtering technology can be used to inspect packets in transit to identify and block offending ARP packets. Another approach is to use static ARP tables but they prove difficult to be maintained.

Application layer attacks focus on rendering applications unavailable by exhausting resources or by making it unusable in a functional way. These attacks do not have to consume the network bandwidth to be effective. Rather they place an operational strain on the application server in such a way that the server becomes unavailable, unusable or non-functional. All attacks exploiting weaknesses on OSI layer 7 protocol stack are generally categorised as application attacks. They are most challenging to identify/mitigate.

TODO: List all attacks per category. Because we cannot map remediations one on one with an attack vector, we will first need to list them before discussing the action points

Slow HTTP is a DoS attack type where HTTP requests are send very slow and fragmented, one at a time. Until the HTTP request was fully delivered, the server will keep resources stalled while waiting for the missing incoming data. At one moment, the server will reach the maximum concurrent connection pool, resulting in a DoS. From an attacker’s perspective, slow HTTP attacks are cheap to perform because they require minimal resources.

Rate limiting is the process of controlling traffic rate from and to a server or component. It can be implemented on infrastructure as well as on an application level. Rate limiting can be based on (offending) IPs, on IP blacklists, on geolocation, etc.

Watch Star
The OWASP Foundation works to improve the security of software through its community-led open source software projects, hundreds of chapters worldwide, tens of thousands of members, and by hosting local and global conferences.