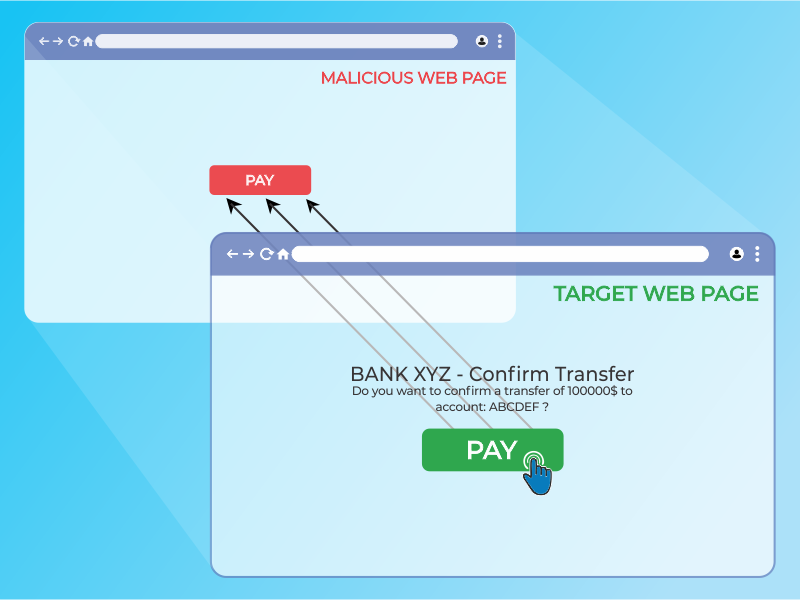 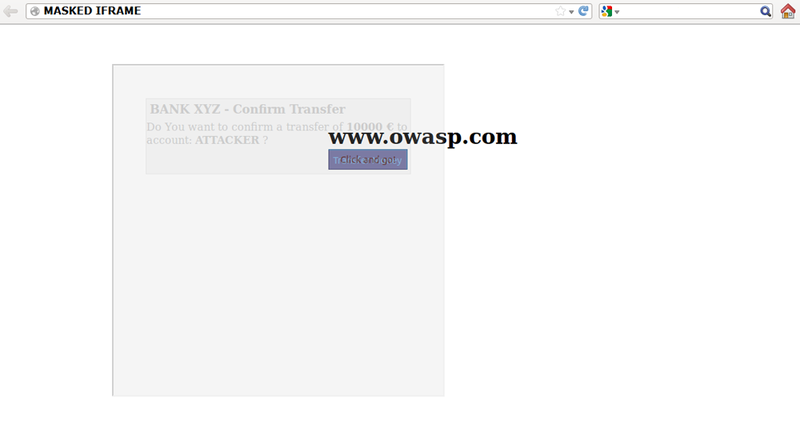 An alternative approach to client-side frame busting code was implemented by Microsoft and it consists of an header based defense. This new “X-FRAME-OPTIONS” header is sent from the server on HTTP responses and is used to mark web pages that shouldn’t be framed. This header can take the values DENY, SAMEORIGIN, ALLOW-FROM origin, or non-standard ALLOWALL. Recommended value is DENY.

Once we have discovered that the site we are testing is vulnerable to clickjacking attack, we can proceed with the development of a proof of concept (PoC) to demonstrate the vulnerability. It is important to note that, as mentioned previously, these attacks can be used in conjunction with other forms of attacks (for example CSRF attacks) and could lead to overcome anti-CSRF tokens. In this regard we can imagine that, for example, the example.org website allows to authenticated and authorized users to make a transfer of money to another account. 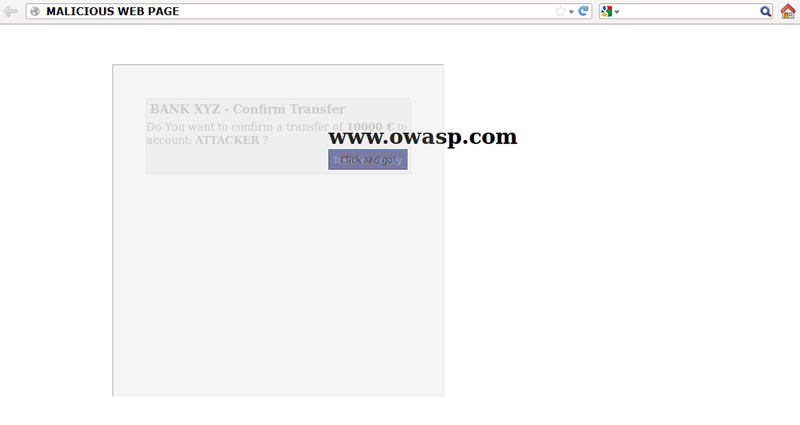 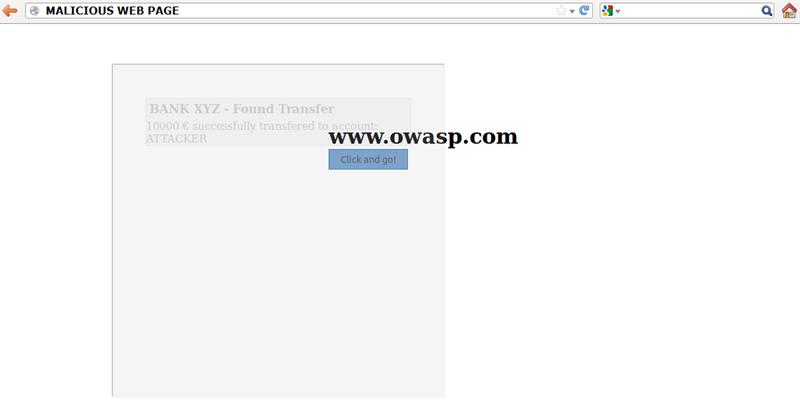