As we are seeing a lot of technological enhancements in the industry in the past few years, these technical enhancements are solving one or the other problem however, with that they also bring few different vulnerabilities. Vulnerable Applications are generally written in one of the tech stacks like either Node.js or Java with a SQL or NoSQL database etc and hence they are not able to expand to a whole new set of vulnerabilities that are present in other technologies. Also adding more vulnerabilities in a single vulnerable application makes it heavier and complex which finally makes it unmaintainable. So VulnerableApp-facade is built to solve this problem by building a distributed farm of Vulnerable Applications such that they can be built agnostic to tech stacks. 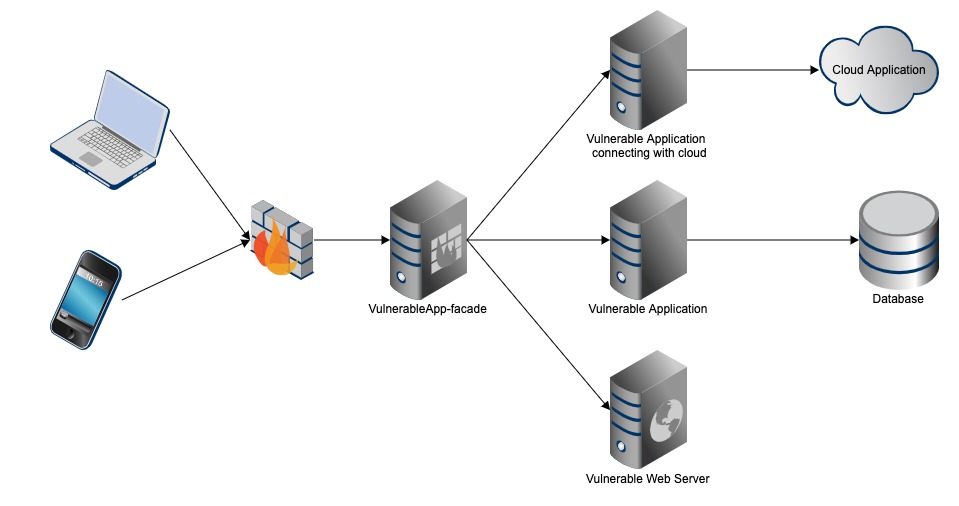 Glimpse of the Owasp VulnerableApp-Facade

How to run the project

In order to run entire suit please download and install Docker Compose. After installation, please copy the docker-compose.yml and run the following command from terminal: docker-compose up Then navigate to http://localhost:80 to play with the application

How to Contribute to the project

Make sure that the application docker is running such that you can verify the changes.

In order to make changes in Lua module, the easy way is to add the changes in the lua files and build the docker image with those changes by executing command: docker build . -t owasp-vulnerableapp-facade and then run the project as mentioned at How to run the project

Please raise a github issue for enhancement/issues in VulnerableApp-facade or send email to [email protected] regarding queries we will try to resolve issues asap.

Put whatever you like here: news, screenshots, features, supporters, or remove this file and don’t use tabs at all.