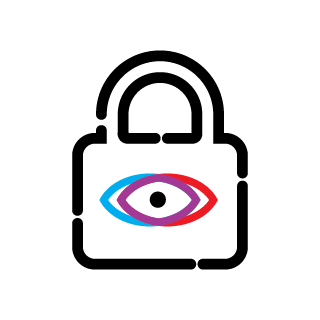 The PurpleTeam TLS Tester is now implemented. All core components were released as version 1.0.0-alpha.3. To hear about the highlights and significant changes that were made as part of the release, see the following

The details of the above video can be found here.

All of the release notes can be accessed from the Github issue.

As a result of the Tls Tester Implementation

There ended up being quite a bit of work done around synchronisation of the components, and there is still work to be done. There were architectural decisions made several years ago that needed some modification, and as you can see from the Work items created there is ongoing work that needs to be done.

For example I discovered near the end of the implementation another edge-case around state of a given Tester being incorrect if a different Tester is in a Tester failure: state. You can read about the issue here. We will be addressing this one soon.

Then there is this lack of retry issue in the orchestrator Tester models which was found near the end of the TLS implementation work also, which probably won’t occur very often at all (we have never witnessed it), but it still needs to be fixed.

Before we get started discussing the synchronisation of components, you will need some understanding of the various relevant time-outs in the code base.

Many of the time-out issues with AWS just don’t exist when running locally. AWS Api Gateway does not support streaming, so we need to use long polling (lp) between the CLI and the orchestrator in the cloud environment.

For the test command

The initial request to the orchestrator for the test command has a set of timeouts, but it must stop trying before the back-end fails due to:

If the CLI continues to retry after a back-end timeout, then it may continue to do so indefinitely if unsupervised, as is likely if being used in noUi mode.

The time-out series for the test command currently looks like the following for the cloud environment. The CLI doesn’t timeout at all for local:

Five long-poll request attempts with no data returned from the orchestrator and the CLI gives up.

The following is used in the testerWatcher and needs to be well under the AWS API Gateway timeout which is 30 seconds:

The emissary.apiFeedbackSpeed is used to send the CLI the following message types: testerProgress, testerPctComplete and testerBugCount, thus keeping the lp alive. This duration needs to be less than the orchestrator’s 20 second testerFeedbackComms.longPoll.timeout.

If we don’t receive any update from the TLS Emissary within this duration (messageChannelHeartBeatInterval) then the TLS Tester sends the CLI a testerProgress message with the textData: Tester is awaiting Emissary feedback.... This duration needs to be less than the orchestrator’s 20 second testerFeedbackComms.longPoll.timeout to make sure the CLI continues to poll the orchestrator for tester[Progress|PctComplete|BugCount] updates.

There are two flow types in play between the orchestrator and the CLI, namely Server Sent Events (sse) and Long Polling (lp).

Before reading this section dive over to the orchestrator README for a quick run-down on how PurpleTeam is using sse and lp.

When the CLI runs the test command, there are three significant sequential events, I’ll brush over or omit less significant events to make explaining the flow easier to understand. If you’d rather just read the code it’s here:

The Job file which the Build User provides to the CLI contains everything required to get the TLS Emissary running and targeting your website or web API.

The implementation of the TLS Tester was actually the easy part of this release. An additional stage one container image was required for local and also in the Terraform configuration for cloud in the form of AWS ECS Task Definition modification. The AWS ECR deployment script needed adding to.

The new TLS Tester isn’t that different from the App Tester other than it is a lot simpler because we don’t have to bring up stage two containers, and all the potential synchronisation issues around external Emissaries.

The execution flow goes from the /init-tester and /start-tester routes to the model.

/init-tester basically sets the Tester up with the Build User supplied Job and sets the status.

/start-tester starts (spawns) the Cucumber CLI, which initialises the Cucumber world which is where most of the domain specific parts are glued together, and the actual Cucumber Steps (tests) are run.

The following are added to the Cucumber world:

The testssl.sh process is spawned.

When ever the TLS Emissary writes to stdout the Tester deals with it here.